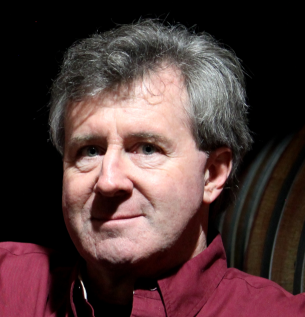 Ken joined Mahoney Vineyards in June of 2002. The former winemaker/production manager at David Bruce Winery in California’s Santa Cruz Mountains, Ken had been making wine there for 15 years. During his tenure, he gained experience with Pinot Noir from fifty different vineyards and a dozen appellations, making him a big name in the world of Pinot Noir winemaking. When Francis Mahoney appointed Ken to oversee production at Mahoney Vineyards, he knew it was a decision that would strengthen their program.

At Mahoney, Ken instituted the use of small open-top fermenters, inventive oak barrel regimes and small-lot processing that immediately brought Mahoney’s wines to the next level. Ken’s intricate knowledge of the technical side of winemaking is perfectly complimented by his superb palate, and an acute sense of how his wines will develop in barrel and bottle. Ken’s philosophy is to emphasize the varietal character of the wines, rather than masking them with an overabundance of oak tannins. Staying true to the appellation and the natural characteristics of the fruit, Ken assists the wines in their development rather than forcing them to bend to his will.

For this, the second release of Foster’s Reserve Pinot Noir, winemaker Ken Foster selected Dijon clone 667 from the top of the hills at Mahoney Ranch and paired it with a mix of clones from Las Brisas Vineyard, with a focus on the Swan and Carneros Creek Selections. The wine spent 20 months aging in 50% new French oak, mostly from the small Burgundian coopers Tremeaux and Rousseau.

The resulting wine is gorgeous, leaning toward an elegant, red-fruited style rather than the typical Californian profile of dark ripe berries. The oak is likewise subtle in character, with a lighter toast profile that accentuates rather than masks the fruit, while adding length and texture to the palate. Packaged in heavy glass and sealed with antique-gold wax.

Cyber Monday Sale! Get 20% off your order today with code THANKS20 for new customers. Club members get 10% off their order with code. THANKS10. To enter, please verify that you are 21 years of age or older.